Mortgage Broker or Bank: What You Need to Know First Before Applying for or Refinancing a Home Loan!

Interview with John Comino, Lending Specialist at The Home Guide

If you are a potential home buyer looking to secure a loan or an experienced home buyer looking to refinance, here is some professional industry advice on how a mortgage broker can best assist you, as well as how the banks’ lending criteria have changed and what that means for you. From what happens when you walk into a bank to what documentation you may need, here is the information that could be the difference between securing a great home loan or falling into poor credit rating.

mrkts: “Why should people use a mortgage broker to acquire a loan rather than find one themselves?”

JC: “If you walk into a bank branch they are only ever going to tell you about what that bank can offer you, and there are huge differences between the policies at different banks. So much so, that even if someone has just a normal transactional account and for example, they have $100,000 in savings but in their day-to-day account maybe they went into negative twice simply because they forgot to transfer their money across. That would be enough to disqualify them from a couple of the major banks. So, if you do walk into those banks:

Whereas with a broker, you won’t have to waste your time driving around from bank-to-bank, and within about 10 minutes we can tell you what the best rates are that will be applicable to you and the fees from across four or five small or major lenders depending on where you fit.

That’s the other thing, a lot of people come to me and talk about the rates being advertised on TV, but a lot of the rates advertised are not for everyone. They are only for certain people that meet certain criteria, and it is another reason why it can be very misleading going to a bank. A lot of the time, they won’t mention extra fees or any comparison rates. If you look into the way comparison rates are calculated, they are calculated based on a $100,000 home loan. So, it is not always a great gage of your specific situation. It is always better to consult with someone that is actually looking out for you, as opposed to the bank itself.”

mrkts: “Have you found that over the years the lending criteria that banks require has changed significantly?”

JC: “Significantly, definitely. Specifically, since 2014-2015 when the major government review was done. Banks have actually been catching up trying to implement the things that were outlined in 2014-2015. It is pretty much now all caught up, banks have implemented most of those changes. A lot of it is around documentation, which is what I tapped on before when I mentioned that even if you have the funds you can still be disqualified for a loan if your account has gone into negative more than twice.

The documentation changes have made thing much harder, especially for the average mom or dad trying to navigate that space. Most people think that they can just go and visit a bank, but – with a lot of these changes – that has just become a big waste of time for some people. It can be very different going in the beginning or going a month later, because in one month they may have had zero expenditure and saved up all their money. Whereas, a month before, they may have had to pay for insurance, baby clothes, a new bed and all of these one-off expenditures. But, the bank doesn’t see it that way, they just see whatever is in that month.”

mrkts: “What are some of the hidden costs involved in buying a home and how can buyers avoid them?”

JC: “For simplicity sake, let’s just talk about buying something already built. Obviously, keep your eye out for the stamp duty. First-home buyers in certain states may have exemptions from stamp duty, so that is important to look for too. There are mortgage registration costs that the government charges, which is only about $180 or so. Not a huge amount, but usually the buyer will pay that and the seller as well.

There are also transfer fees, a statutory requirement by the government. Solicitor fees are the other big one. I highly recommend using a conveyancer as you shouldn’t be paying more than about $1300 depending on the purchase price and type. Land tax is the other fee, and you should have this looked into by your conveyancer so that you don’t get caught out paying a land tax that the previous owner should have paid.”

mrkts: “If I am looking to refinance my property, can I go to a mortgage broker for this or do I have to go back to my bank?”

JC: “One of my clients had a friend who was just about to refinance. He went into his bank and the bank offered him an amazing interest rate of 3.8%, a very good rate. But, then he noticed his comparison rate was up around 4.3% and he wasn’t sure. He knew that often comparison rates are confusing because they are based on a small loan amount. He didn’t think too much of it, and only because his friend recommended it, he gave me a call. What he didn’t realise, was that that $395 a year that he was paying was a package fee and he didn’t need any of the features. On top of that, basically, he just wasn’t getting what he was looking for in that loan. I gave him the option of three different lenders, just straight away via email after one quick phone call. All who had better rates and lower fees, and we were able to get him a way better deal on his refinance. It was a much easier process for him as well, rather than having to go physically into the bank.”

mrkts: “A lot of people have had the same bank for years and years and their first impulse is to go back to them, but there are other and sometimes better options available to them.”

JC: “Yes. The other thing is, a lot of the time major banks offer refinance rebates of some kind. For example, Westpac at the moment is offering $2,000 rebate to those that refinance with them from another bank as well as 200,000 Velocity points. There are a lot of specials floating around like that, which is why it’s always a good idea to talk to a mortgage broker. They will be able to find you the best loan for your situation as well as the one with the most benefits to you. So, of the three or more lenders that we recommended, we can tell you what offers you are eligible for from each. “ 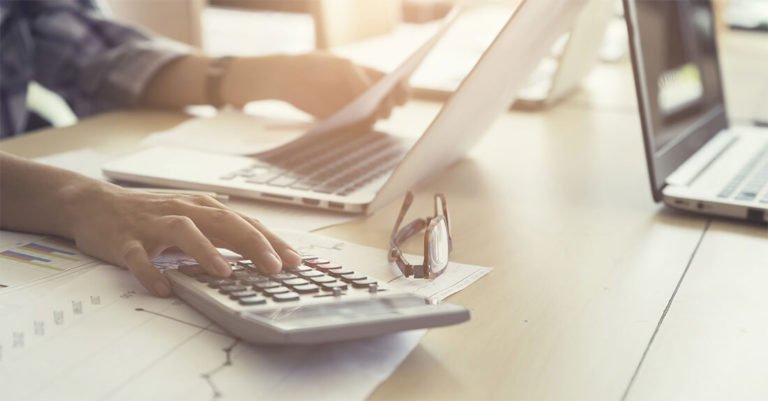 Top 6 tips for minimising risk when investing in property

Buying property can be an inherently risky game, and purchasers must be aware of these

The costs associated with a property transaction

Careful research is the key to property success. Here are the research steps you need to take to help achieve investment success.

Thinking about hiring a Property Manager? Here’s everything you need to know about property management!

Should the time come when you are ready to sell your investment property, a good tenant might be your buyer too.