The Most Famous Buildings in East Coast Queensland

Have you ever wondered about the famous landmarks that make up the Brisbane and Gold Coast skyline? Here are ten of East Coast Queensland’s architectural landmarks and other major buildings, dwellings and structures. We list out the buildings opening date, the construction costs, size and include in this list both new and historic landmarks. 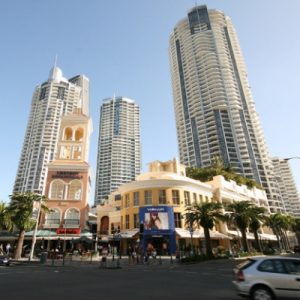 Developed by Raptis Group developers, both the Chevron Renaissance Shopping Centre and its three apartment Towers occupy the block of land extending from the Gold Coast Highway in the east to Ferny Avenue in the west and from Circle on Cavil in the south towards Cavill Avenue and Elkhorn Avenue in the North. It is the most significant Gold Coast development of its time since the 1950s. 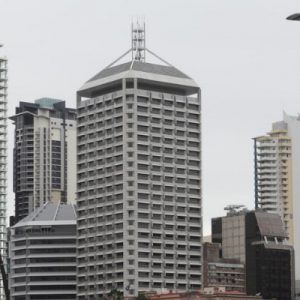 111 George Street is located in Brisbane’s CBD. Completed in 1993, it is currently the 13th tallest building in the Brisbane city. It is currently fully occupied by the Queensland State Government. Featuring a repetitive grill pattern and a height of 31 floors, it is a well-known building amongst the city skyline. 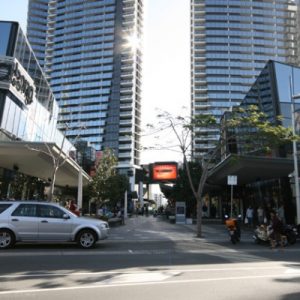 Built by Sunland Group, Circle on Cavill is a commercial development that features two residential towers and is positioned in the heart of Surfers Paradise. Both towers are joined on its level four lounge, and – reflecting the Gold Coast trend of the time to build upwards – the tallest point of the north tower is approximately 220m. 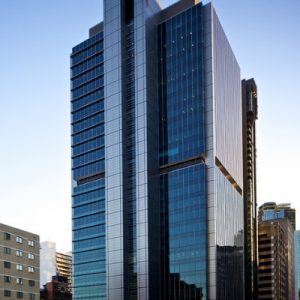 Known as the Rio Tinto Tower, 123 Albert Street is a modern style commercial office development. Consisting of 26 levels of office space and eight levels of car parking, this building was the first in Brisbane to employ a commercial concierge. 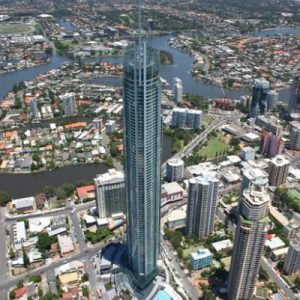 Q1 – an abbreviation of Queensland Number One – is a residential tower located in Surfers Paradise on the Gold Coast. It lost its title as the world’s tallest residential building in April 2011 to The Marina Torch in Dubai. It is still ranked amongst the tallest residential towers in the world, and it remains the tallest in the Southern Hemisphere. There are development plans (yet to come to fruition) in East Coast Queensland that may steal this title, but only time will tell. This landmark building was recognised as one of Queensland’s icons during the state’s 150th-birthday celebrations. 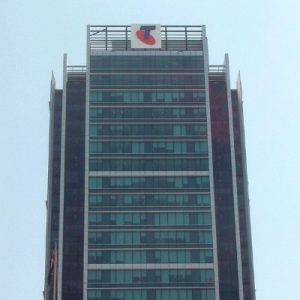 An office building located in the heart of Brisbane’s CBD, 275 George Street features 32 storeys and was developed by Charter Hall. To its roof the building reaches 142m, but a spire mounted atop brings its total height to 171m, making it the among the tallest buildings in Brisbane. Currently, its main tenant is Telstra and its commercial lease was among the largest in Brisbane history. 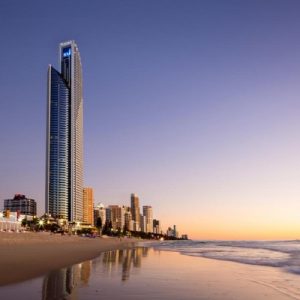 This residential tower is located along the Esplanade in Surfers Paradise on the Gold Coast. Soul overtook Circle on Cavill in height reaching 243 metres and is among the tallest buildings on the Gold Coast. It was developed by Juniper Group on the previously occupied Raptis Plaza, and constructed by Grocon at an impressive cost of $850 million. Management was taken over by Mantra Group in November 2013. 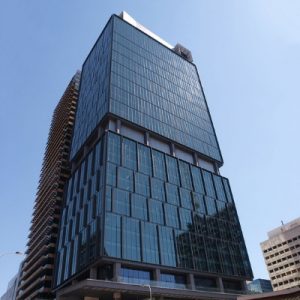 Ranked as a 5–Star Green Star office building, 400 George Street was designed by architect Cox Rayner. A major feature of this building, is its direct link to the Kurilpa Bridge that extends over the Brisbane River to the Gallery of Modern Art. In April 2013, a 50% interest in the building was sold to Motor Accident Commission (MAC) for AUD$195,800,000. 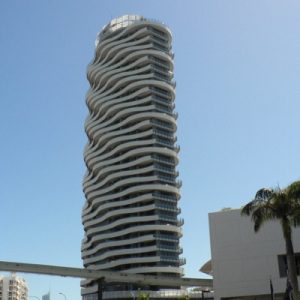 Known for its unusual wave-like appearance, The Wave is a residential skyscraper located in Broadbeach on the Gold Coast. Rising to a height of 111 metres, it was the recipient of the 2006 Silver Emporis Skyscraper Award. The wave exterior is designed as such to ensure each of the 118 apartment balconies receive a mix or shade and sunlight. 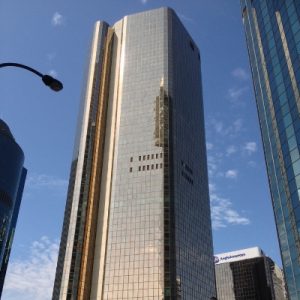 Officially named the AMP Centre, this gold-coloured skyscraper is located in Brisbane’s CBD and can be seen from most parts of the city. Locally it is known as ‘The Gold Tower’. When it was completed in 1977 it was awarded Brisbane’s tallest building.

Is purchasing property unachievable for young people living in East Coast Queensland? With so much

Sustainable Living: How to Improve Your Home’s Green Rating

Time to read: 2 mins Whether you are building a new family home or an

The Advantages of Buying a House & Land Package

Purchasing a house and land packages offers a lot of freedom, and there are a number of other advantages to consider when committing to a new-build home.

What is the Difference Between a Turnkey Package and House & Land Package?

A property purchase should be treated like any other major purchase in your life. Which